Since 2002, the Ferme aux pleines saveurs brings out the best of this piece of land on rang Ste-Madeleine, using organic agriculture methods. The discerning eye will have seen the farm change over the years, with increasingly fertile soils which produce their share of tasty and healthy fruits and vegetables. We take utmost care of these soils in order to hand them down to future generations who will carry on the noble work of nourishing!

This family farm is the fruit of a long labour by owners Martin Turcot and Chantale Vaillancourt, each from a long line of farmers. In turn, they pass on the values inherited from the agricultural world to their two children, Alexia and Nathaël. What lies before your eyes is the interpretation of a dream shared by two enthusiasts who have chosen to dedicate their lives to the development of this nourishing land.

We started our production in 2003 with the goal of producing 35 weekly baskets and we ended the year with a total of 75 baskets. Our goal for 2004 was to produce 125 baskets per week and we completed the year with a total of 131. In 2005, we were targetting 150 baskets and we finally produced 235. We more than tripled the number of baskets that we produced each week between the first and third year of our business. In 2017, we were close to 500 baskets a week.

It goes without saying that over time, we developed a food processing component to bring the best out of the vegetables to meet our quality standards for fresh produce sales. These products are available through Marché de l'Outaouais, in the fall baskets and at the farm store.

Since the farm was purchased in 2002, several improvements and investments have been made to provide the means to operate a viable farm. As a crucial preliminary step in 2002, the land was in prepared to ensure optimum growing conditions. The following year, drainage was installed, a ditch was dug and an irrigation pond set up. The farm stand, cold storage for vegetable preservation, as well as the washing and packaging room were built in an existing building in 2003.

In 2004, the greenhouse was built for seedlings for and growing greenhouse vegetables. In 2005, as sales increased, the cold room and irrigation pond were enlarged, to provide an adequate water supply for irrigation. Leveling work was also completed on the land that year. Several pieces of equipment and machinery specialized for vegetable production were purchased to automate farming operations and increase the team’s productivity. In 2009, large tunnels were implemented along with the purchase of a versatile all wheel drive tractor and a rotory cultivator. Since 2010, we have been hiring workers from Guatemala. We have also enlarged our cold room as a result of our increasing production area. We continue to improve our fields and are acquiring equipment to better assist us. 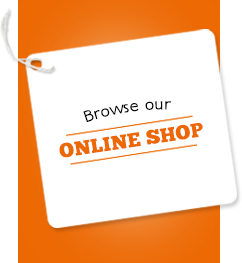